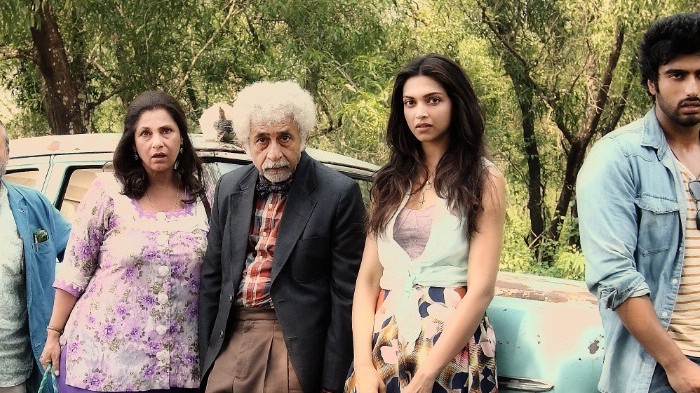 CRUMBLIES…  Okay. Young Steve suggested this film. He’d taken his other half to see it in the cinema, pleased to have found an English-language film about as far from Bollywood in … Continue Reading Finding Fanny (2014)

CRUMBLIES…  Vibrant Vinay was very keen that we watch another film with Naseeruddin Shah in it, so we jumped straight into what turns out to be an Indian remake (or…version, … Continue Reading Dharam Sankat Mein (2015)

CRUMBLIES…  Old Jack here has been remiss. I hold my hands up and admit my knowledge of Indian film is lamentable. So, a quick show of ignorance, context and the … Continue Reading Waiting (2015)

Follow MOVIE BLETHER – MOVIE REVIEWS FOR YOUR MIDDLE AND… FINAL YEARS on WordPress.com